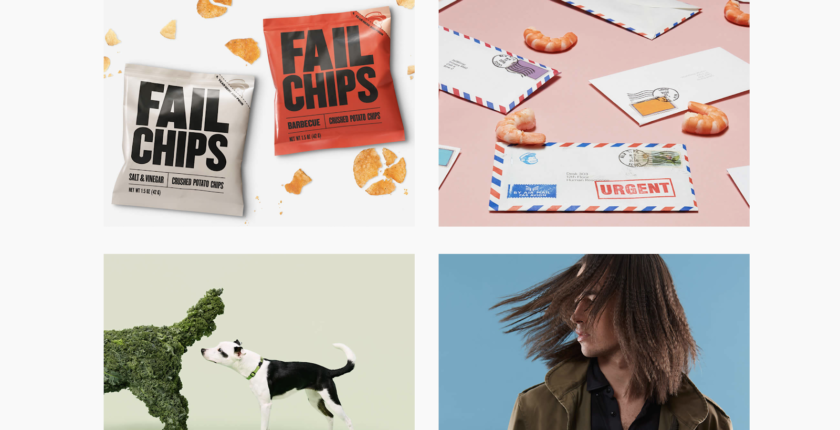 If we think about marketing campaigns that are famous, we may remember many: maybe we are still singing the jingle, making jokes about it or using a new word or phrase from a funny commercial. But this, not necessarily means that it was a succesful campaign, or does it?

We share with you some examples of the best (and not that great) campaigns of all times, for you to analyse them and get some inspiration for your own work. Do you know them? What do you think about them? And if you remember another one from your country or any place, search it on Internet and look what the experts wrote about it, or make your own analysis.

Even if you just use the Internet for few minutes a day, you knew about the #IceBucketchallenge, a campaign to raise money for the association ALS. This is one of most successful campaigns and one of the most profitable. In 2013 ALS’s campaign only raised about $2.8 million in donations, but on 2017 (with this campaign) they received more than $100 million. Why? Because it went viral and several celebrities also participated, together with lots of social network users.

Maybe you have seen other videos from GoPro, full of adventurous and extreme scenes from beautiful places all around the world. So, why did they use this video as an ad? Because they wanted to reach a wider audience outside the group of extreme sports. And they are still keeping the real life, but showing the heroic action of a firefighter saving a kitten. This video was shared everywhere, giving the chance to GoPro of showing another side of the brand and creating empathy and emotions in the audience.

How to handle a rebranding campaign succesfully? The International House of Pancakes, or IHOP, did it when it presented itself on Twitter as IHOb. All the followers started never ending discussions about what the ‘b’ meant. On a specific date, they announced that the b stood for burgers, the new product in their menu. This of course made followers angry and dissapointed, but after a while, the company admitted the hoax with a very good pancake promotion to celebrate the chain’s 60th birthday. In the end, everything went well and they got lots of visibility, just by letting the ‘p’ turn over.

What does going ‘outside the box’ really means? We think MailChimp can define it with this campaign. The company created a series of videos and microsites with the misspellings of its name. For example, ‘NailChamp’ that was about choosing the best manicure, ‘MailShrimp’ featuring a singing shrimp sandwich or ‘FailChips’, a fake potato chip company that only has shards of chips in the bag. It all started when a hit podcast mispronunced ‘MailChimp’ in its credits, and they turned that into a big campaign.

When researching for this lesson I found this example in lots of others articles, all saying that this was maybe the biggest marketing fail of 2017. But, what could Pepsi do to fail that bad? It went too far in using real scenes and social movements to show up the brand, as they did with political activism, a very delicate topic.

The notorious Pepsi advertisement features groups of young people walking down a street for unclear reasons — holding signs that say ambiguous slogans such as “Join the Conservation” (Which one? We’ll never know) and “Love.” The ad culminates with Kendall Jenner leaving a photoshoot to join a protest where she hands a police officer, who is blocking the demonstrators’ path, a can of Pepsi. He drinks it and he glances at one of his colleagues a “gotta hand it to ‘em, this stuff is pretty good” look as everyone cheers along.

People felt that they have trivialized important topics like racism, police violence, and Black Lives Matter, and a wave of anger and rejection covered the intention of delivering a message of ‘peace, unity and understanding’. Although Pepsi took the ad off, people still remember it as an insensitive campaign.

Marketing’s campaigns shouldn’t be created just for social media. Yes, it’s what is on, but we can’t forget about the offline world and the other strategies we can use to reach our audience (remember your target, where you can find it?). We can do like SNCF, France’s national railway system, that was looking for a way to encourage Inter-European travel and they did it by giving people a sneak peek of what was happening in other cities in real-time.

The company put a series of doors that when they were opened, they showed a two-way video screens. In this experience, people could see and interact in very particular ways with others in different cities across Europe. This motivated people into the idea of traveling and most important, of doing it with SNCF.

Extravagant, absurd, game changer… But it worked. Old Spice, a very old brand for old sailor men was introducing a new image, so confident and attractive that nobody could reject. Although it could have turned into a media crisis, the series of videos the new deorant character became a complete success, reaching 5.9 million views in one day. The campaign evolved and went serious, when the company started to share videos of the most loved man answering comments and questions of the followers. The almost forgotten brand came out from the ashes and became the most popular again. Thanks to the next video:

People get attached to things and images, so when a very popular brand wants to change its logo it’s probable that more than one will resist to it. And this is what happened to GAP, when they wanted to freshen up their look by changing completely the logo. They even made a neurological study, where they found out how the volunteers’ eyes reacted to the new Gap logo, and their findings showed that the new logo didn’t register as new or cool to the brain. So imagine a brand in the fashion business that is not stylish.

Even for the simplest logo, you have to take care about the colors, the font, the size and proportions, etc., because everything has an impact in how we perceive it.

How to be succesful? There is no ONE recipe. But following the tips of these campaigns may help you be prepared when creating a marketing campaign. In the end, the most important thing is to work on a solid strategy after setting clear objectives, developing an internal and external analysis of the organization, benchmarking and spending some time in a good creative process.

These may be outdated campaigns for most marketers but for us, they will be always in our minds (and our hearts). And we want to share them with you to get more inspiration in how to create a good campaign for your organization. Remember, be creative, think about your target and go simple.

COMnGO is a Capacity Building in the Field of Youth project funded by the Erasmus+ Program of the European Commission. The idea of the project is to create trainings for NGOs in order to improve their communication’s skills and strategies as well as developing innovative residential and online training modules for people all around the world.